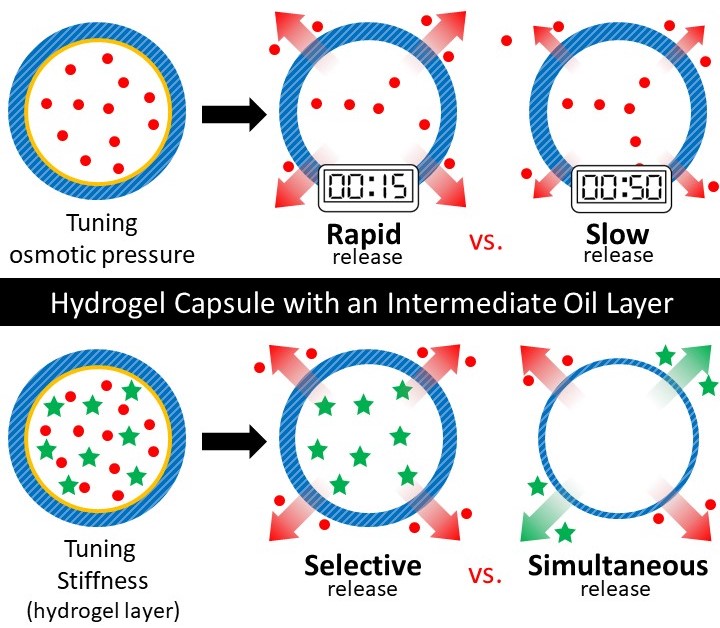 A hydrogel microcapsule with an intermediate thin oil layer is presented to achieve smart release of a broad range of cargoes triggered via diverse stimuli. A microfluidic technique is used to produce triple emulsion droplets with a thin oil layer that separates the innermost aqueous phase from the hydrogel prepolymer phase, which transforms into a hydrogel shell via photopolymerization. The intermediate oil layer within the hydrogel microcapsule acts as an effective diffusion barrier, allowing encapsulation of various small cargoes within a porous hydrogel shell until a stimulus is applied to destabilize the oil layer. It is demonstrated that diverse stimuli including chemical dissolution, mechanical stress, and osmotic pressure can be utilized to release the encapsulated cargo on‐demand. In addition, osmotic pressure and the hydrogel shell thickness can be independently tuned to control the onset time of release as well as the release behavior of multi‐cargo encapsulated hydrogel microcapsule. The release can be either simultaneous or selective.